A cup of green tea that you brew with love and care is more than enough to soothe all your senses.

To get the most out of your cup of green tea, you must choose the right grade that is perfect for your purpose.

Choosing the right type of green tea has so many moving parts, namely; time, place and purpose.

Maybe you want a tea to quench your thirst after a rigorous workout, or you need to kick start your day after a long, fulfilling sleep.

My goal behind this article is to familiarize yourself with the types of green teas that are available for you.

So you can choose better and make the most out of your perfect cup of green tea.

So let’s get started.

Sencha is arguably the most popular (and most loved) type of green tea around the world. The word “Sen” + “Cha” means infused herbs. At the time of harvesting (late February to late May), the first batch that is picked is called “Sencha”.

According to Green tea experts, Green Teas are valued for their freshness. That is why sencha is very popular amongst savvy tea drinkers.

Sencha finds its root in Japan and contributes to 80% of the total tea production of the country.

To know more, here is our detailed post covering Everything about Sencha.

Konacha is a Japanese tea made from the parts filtered out during the manufacturing of Gyokuro or Sencha. This makes it very affordable and an everyday ingredient in a Japanese household. It has astringent flavour, dark colour and intense aroma, making it ideal for cooking. It has the appearance of a coarse powder (like grounded coffee but green).

It is served as a side beverage in most sushi restaurants in Japan, where they refer to its as “Agari”.

This is one the of premium teas of Japan. Mainly because of the intricate manufacturing process that results in high Umami content. By Umami, they mean high l-theanine and Glutamic acid, which results in a rich and savoury flavour and makes the tea less bitter.

Before picking for steaming, the tea plant is covered using a cheesecloth to prevent exposure to direct sunlight.

They do it to prevent a process called photosynthesis. Simply put, tea producers shade this tea so that l-theanine present in tea does not turn into catechin (Catechin is what makes tea bitter).

Sencha or Bancha leaves are roasted at high temperatures to yield Hojicha. Hojicha is mostly preferred by people who do not like bitterness that comes from caffeine and tannin.

Lower levels of caffeine and tannin give hojicha savoury fragrance taste. Making it an ideal choice for kids or those who want to try green tea for the first time without being harsh on their taste buds.

Referred to as “People’s tea or popcorn tea” and popular amongst younger tea drinkers around the world, is a tea called Genmaicha.

Genmaicha is a classic blend from Japan of Sencha leaves and toasted brown rice(popped or whole grains). Originally, tea makers started adding brown rice as a low cost filler to control the cost.

Both rice grains and sencha (sometimes bancha) leaves are added into equal quantities to get this blend.

Matcha is a finely grounded powder made of freshly processed tea leaves. Just like Gyokuro, the leaves that are used to make matcha powder are shaded for as long as 20 days to prevent photosynthesis. Matcha that is not grounded is known as “Tencha”.

Matcha comes in two grades; ceremonial and culinary. Ceremonial grade is used in formal tea ceremonies in Japan while culinary matcha finds its uses in cooking and making.

Matcha is valued for its flavour, liquor tone and mesh consistency of the powder.
It has an intense sweet vegetal flavour and oozes herbaceous aroma once it has been brewed.

Once the Sencha is picked from the farms(between the end of February to end of May), farmers begin to harvest Bancha.

Bancha is harvested using the same plant that is used to grow sencha. And is picked thrice in a year; June, August and October, named as Nibancha, Sanbancha and Yonbancha respectively.

With each subsequent picking, the leaves become withered, and quality decreases.

Bancha has a bitter flavour and almost hard to notice fragrance for someone new to the realm of green teas.

However, there is one higher grade Bancha known as “Senryu”. Senryu is valued for its aroma and less bitter taste.

In Japan, during the production of Sencha, Gyokuro and Matcha, manufacturers discard stems and stalks. In contrast to other teas that are made using tea leaves, Kukicha is made of these stems and stalks. The kukicha batch that is made out of twigs from Gyokuro is costly and is prevalent among tea drinkers as “Karigane”.

If you are the type of person who needs a shot of espresso to start your day. Try Kukicha.

Fukamushicha is almost like Sencha but is more steamed (2 to 3x more) version of it. Because it goes through that extra stream process, its leaves have less moisture. Steaming also stops the oxidation, and as a result, it has a darker color and more vibrant aroma than sencha.

However, the tea is moderately astringent, but it still has a deep aroma. People who prefer to drink high amounts of green tea choose fukamushicha because its known to be a little nicer on their gut. So if you have a stomach that goes bananas easily, this one’s for you.

It is one of the rarest types of green teas that they plant on high mountains of Anji County in China.

This is also the type of green tea that goes through minimal processing. When appropriately infused, it will give you a calming effect like no other.

It has this very sweet and woody taste as compared to other green tea types that are mostly astringent. Tea growers employ basket frying method to prepare this tea.

When you look at its leaves, you’ll notice needle-shaped leaves that are of different lengths and sizes.

Of-Course there is lot more to the world of green tea but this article won’t be suitable for that amount of information. But I’d love to answer any question that you may have. Please use the comment box below and I will get back to you. 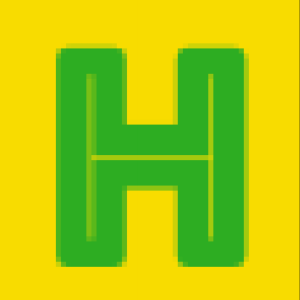