How To Use Nettle For Hair Loss [Tea Or Tincture]

For the most part, herbalists use stinging nettle as a kidney and liver tonic, for its exceptional detoxification qualities and other benefits. But a little secret among a select few is that using stinging nettle for hair loss is also a great way to encourage hair growth, especially for those who are thinning a little bit on top.

Well, the rich mineral content in nettle is what is responsible. And it is completely backed up by research. We know a few things about hair loss: it can be caused by inflammation and free radicals, and, by DHT secretion (we’ll get into this more, later). The compounds inside the nettle plant deal directly with these causative factors.

Don’t want to go down the road of chemical medication or tedious hair transplants to deal with hair loss?

That’s why we do our best to present you with natural, herbal remedies that you can make at home. And that’s why we recommend you start using stinging nettle right away. So let’s get into the science of how this plant is going to help you regrow your hair.

There is so much speculation about what causes hair loss in both men and women. Some scientists say it’s genetic, others say it’s caused by health factors.

Which one it is, we might never know for certain. But what we do know should give you enough of a reason to, at the very least, give stinging nettle a chance to do its work on your scalp.

There are three main factors to consider when we’re talking about hair loss:

Let’s look at these in more detail, shall we?

Science also supports the role of NF-kB in inflammatory responses. In layman’s terms, this is a protein that triggers the genetic expression of inflammatory cell response. An excess of this protein in the body can lead to such an expression, which could play a role in hair loss.

A stable atom is one that is considered to have an even number of electrons. This is what keeps the charge balanced. But every now and then, there appears an atom that is missing an electron. This is a free radical. It runs around your body trying to steal electrons from healthy sources. It turns into an all-out war, where healthy cells are attacked by cells containing free radicals.

Apologies. This wasn’t meant to turn into a biochemistry class.

But this is all very important with respect to stinging nettle, and it will all make sense by the time you finish reading this article.

Too many free radicals lead to a phenomenon called oxidative stress, and while we don’t know for sure if oxidative stress causes hair loss, research suggests a connection between this factor and alopecia.

DHT, aka dihydrotestosterone, is a sex hormone that is released into the body as a byproduct of testosterone. It is what forms male genitalia in the womb and what gives men their “male” characteristics (such as a deep voice, for example). It is an important hormone because it plays a role in the development of the penis and the prostate gland.

DHT is thought to contribute to hair loss due to the fact that it diminishes the size of the hair follicle. We don’t really understand why this is, but it is observed that DHT plays a huge role in hair growth and hair loss. Most men will experience male pattern baldness with age because of the presence of testosterone and its metabolite, DHT.

So, now we have three explanations for hair loss other than – oh, it’s just in your genetics. Thank goodness. It means that there is possibly a way out of your “unfortunate genetic situation”.

Nettle is a powerful anti-inflammatory because it is rich in antioxidants. Nettle is abundant in flavonoids and polyphenols, both of which are antioxidants.

Yes, it’s a warrior against oxidative stress, which we talked about before as being the presence of excess free radicals. The minerals in nettle make free radicals non-contenders, basically. The diminishing number of free radicals should lead to less inflammation, giving the hair follicle a chance to grow better.

Nettle is possibly an answer to the issue of DHT production. But don’t worry men – it doesn’t do so by inhibiting the production of testosterone. As we mentioned, DHT is a byproduct or metabolite of testosterone. An enzyme called 5-alpha-reductase (5-AR) is responsible for the conversion of testosterone to DHT. Now, in early life, this is a very important metabolic process, because it contributes to the hormonal growth from a boy into a man.

However, in older years, it’s not so necessary and leads to uncomfortable and undesired effects, such as hair loss. Nettle’s work is in inhibiting enzyme 5-AR, therefore halting the metabolism of testosterone into DHT. This alleged activity of nettle was tested on rats and confirmed in a study in India.

You must be starting to feel like a hair specialist. The three ways that nettle can work, both internally and externally, to help you regrow your hair are:

How to use nettle tea, internally and externally

So Whats The Bottom Line?

Firstly, for nettle treatment to be the most effective, you need to use it both internally and externally. The inside bit is to deal with the internal, confusing, biochemistry part. The outside bit is a topical application to the scalp to deal with any inflammation happening directly on the skin.

Consuming a nettle extraction every day. Whether it’s tea that has been brewed from the leaves or a tincture that was prepared with the whole plant. One cup of tea or one dose of tincture is enough. Too much and you might experience diarrhea (don’t forget, nettle is a detox).

Prepare a nettle tea that you will feed to your scalp. You can rinse your hair and scalp with it, massaging it into the skin around the hair follicles. If you don’t wish to use it as a rinse, you can soak a small towel in the brew and use it to wash and massage the scalp.

Enjoy the benefits of a natural remedy for hair loss, without any kind of medical intervention on the part of a doctor or hair specialist. Plus – enjoy all of the other health benefits that come with consuming nettle.

In case if you cant get nettle tea at your local stores, here is the link to brand that I use on daily basis. 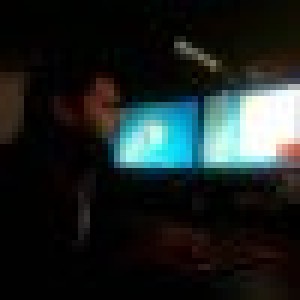